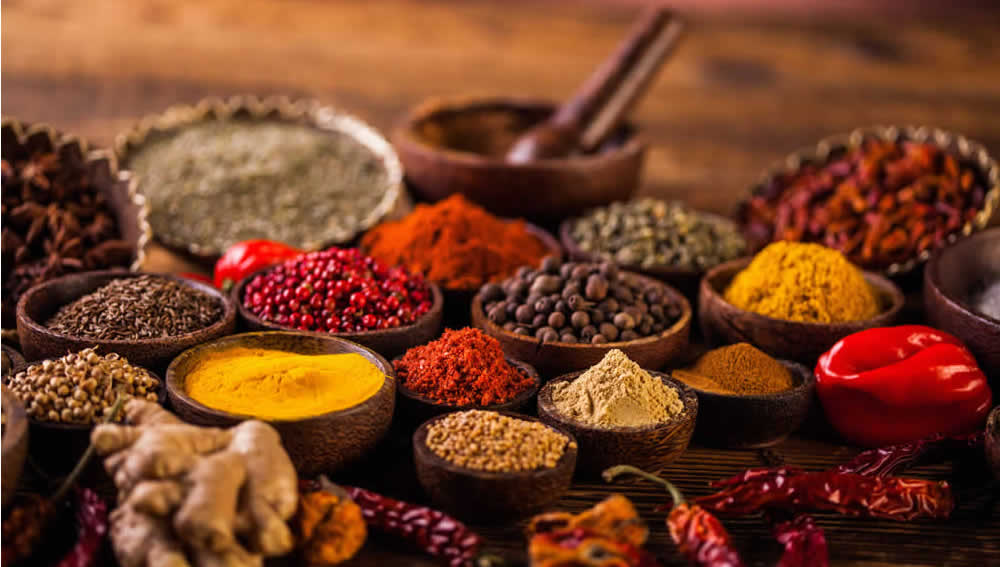 There has been so much research discussing the nutritional benefits of whole foods in our diet with respect to good health. But recently, scientists involved in the area of Nutrigenomics (the study of how food relates to our genes) have discovered certain chemical substances found naturally, mostly in plants, that help shape our health. These substances are called ‘Bioactives’.

One of the most important discoveries to emerge from the revolution of genomic medicine is the understanding of exactly how food provides information to the human body. As it turns out, bioactives are profoundly instrumental in how our body functions.

Bioactives are phytochemical compounds found in plants (fruits, vegetables, nuts, seeds, herbs, spices) – especially those with the brightest colours and the strongest, most pungent flavours and odours.

They are neither vitamin, mineral nor calorie. However, they provide us with the most potent antioxidant, anti-inflammatory and immune-enhancing benefits.

Examples of Bioactives in foods

Bioactives are grouped into categories according to their specific food/gene capabilities. They are differentiated according to how their molecules activate or deactivate genes in our body. Polyphenols and Flavonoids are examples of bioactive compounds found in plants.

Some examples of bioactives in food include:

How do Bioactives work?

Bioactives work by providing information to our genes.

According to research, they are ‘modulators of signalling pathways‘. In other words, they are our ‘gene communicators’.

Their function is to activate (turn ON) certain genes and deactivate (turn OFF) other genes. It’s like turning on/off a light – you click the switch and the light bulb turns on or off. So it is with bioactives – they click your gene ‘switches’ – like a call to action for your genes from these tiny little, highly potent plant compounds.

Just a little reminder… within every cell in our body, there’s a nucleus which stores our genes. Our genes are made up of DNA which provides specific information to each one of our cells with instructions for how our body functions and survives.

One of the most important genes we need to be turned on is called ‘Nrf2’.

Nrf2 is considered the ‘master gene’ because it is the chief, most powerful activator of over 500 other genes that are extremely important for our health and bodily functions.

All the bioactive examples I’ve mentioned are excellent activators of Nrf2. The one that packs the most punch is Sulforaphane – it has the most powerful ability to turn on Nrf2.

Actually Sulforaphane also has the ability of turning off TNF, which is a gene that causes inflammation and can overwhelm the body if left in the on position.

So eat those greens!

How do bioactives help improve health and wellbeing?

Now that I’ve explained how bioactives work and given you examples of where to find them in foods, I’m sure you can appreciate the important role they play in your cells (and that includes sperm as well as egg cells) – shuttling genetic messages around your body, performing positive biochemical reactions that improve your health and hence your health and wellbeing.

When people see me for specific health-related issues, I will always assess their current health status and suggest appropriate Functional Medicine or DNA/Genomic Tests to be done in order to work out their specific needs. I will then tailor an individually appropriate regime for them to follow.

This might include dietary advice which will include Bioactive suggestions, as well as lifestyle advice and appropriate naturopathic supplements.

Most importantly, when it comes to diagnosing and treating health-related conditions, conception, I focus primarily on the structure and function of your cells. With my knowledge in the area of cellular biology, I am able to determine which specific bioactives would help improve the function of each cell and hence your organs and your complete health status. As I explained above, bioactives function by communicating with genes within every cell.

So, no matter what condition you are struggling with, the condition of each one of your cells plays the most significant role in your overall health. This is where I find bioactives really feature.

I hope I’ve managed to explain how bioactives work and that in order to maximise your health and wellbeing, it would be wise to make sure you incorporate a wide variety of those plant foods that are known to contain bioactives.

I would like to acknowledge the Wurundjeri people of the Kulin nation who are the traditional custodians of the land where my clinic is located. I pay respect to their elders, past and present, and extend this respect to Aboriginal and Torres Strait people from other communities who are here today.